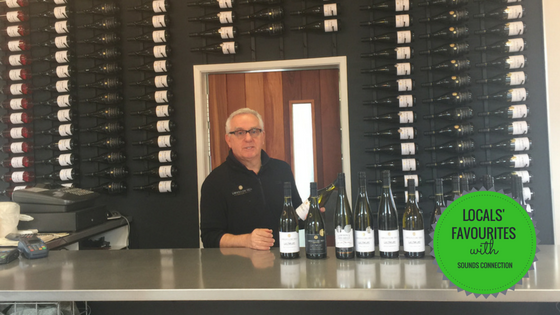 We’ve been in the mood for sharing lately, and it’s time for another of our highly recommended locals’ favourites – Lawson’s Dry Hills winery.

We visit it often, we know the people, their passion, the quality of the wine, and the beautiful setting so well, and we think it’s time more people got to experience this for themselves!

The people behind the wine

Lawson’s Dry Hills was founded in 1992 by Barbara and the late Ross Lawson, who had been growing their own grapes since 1981. Ross, known as ‘the pioneer’, had previously been a musterer, sheep-shearer and swimming pool contractor among other things and he went on to become one of the leaders behind the screw-cap initiative which now sees 90% of New Zealand wineries choosing screw-cap over cork.

In 2014, long-term investors Tim and Pauline Evill purchased more shares in Lawson’s Dry Hills to take a majority interest. Barbara continues as brand ambassador and the rest of the small, close-knit and long-serving team – whose passion and pride in their work is evidenced by the inordinate number of awards lining the cellar door walls – continues the Lawson’s tradition. Nigel and Marianne are the main cellar door hosts and they’re so enthusiastic and knowledgeable. Their passion is infectious and it never fails to inspire our guests – it’s always a fun tasting here.

Sitting among the winery’s home vineyards in front of the striking scorched-brown Wither Hills, after which Lawson’s Dry Hills was named, the cellar door was built in the Mediterranean style with great rustic, understated appeal. It’s just had a thorough refresh too, so come along and check it out now it’s open 7 days again and ready for the summer season. There’s a fantastic new PYO (Pick Your Own) platter on the menu. That means you take your platter and help yourself from the fridge to such local treats as Cranky Goat or Kaikoura cheeses, Regal salmon, Premium Game salamis along with olives and crackers, all of which you can take out to the courtyard to enjoy along with your wine and the views. Lawson’s even let you bring your own picnic along if you prefer. This is a genuine working winery, so the tanks and tractors are all in evidence and you can watch the entire team working closely together, pitching in where needed.

And the wine itself

“While I love their Sauvignon Blanc and Pinot Noir (and these are the varieties Marlborough is better known for) I really do have a soft spot for their Gewürztraminer. In the 23 years we’ve been in business it has won awards time and again, and is one of New Zealand’s finest examples.

Their first vintage included the Gewürztraminer grown on their vineyard on Alabama Road – though I believe it was just 15 tonnes of grapes and was made in the old tin shed, which is still there as part of the winery cellar door. It has gone from strength to strength.”

There’s plenty more to learn here about Lawson’s Hills – their wines and people – on this great video below with NZ wine writer and expert Yvonne Lorkin.

And if you haven’t already, come along on one of our half-day or full-day wine tours and try their gewürz – and more – with us! If you’re tempted to linger a little longer over your wine with a PYO platter, talk to us about how we can tailor a wine tasting tour specifically to suit you.